Skip to content
Always look at the date when you read an article. Some of the content in this article is most likely out of date, as it was written on July 22, 2019. For newer information, see Cinema 4D CPU Roundup: AMD Ryzen 3, AMD Threadripper 2, Intel 9th Gen, Intel X-series

AMD's new Ryzen 3rd generation processors feature both an increase in core count and per-core performance, both of which directly improve rendering speeds in Cinema 4D. In this article we will take a look at how they stack up to other AMD and Intel processors in this application, focusing exclusively on rendering performance (not modeling, animation, or simulation at this time) in Cinebench R20.

We also took a look at rendering in V-Ray Next in another article, for those who use that engine instead of the native C4D renderer. 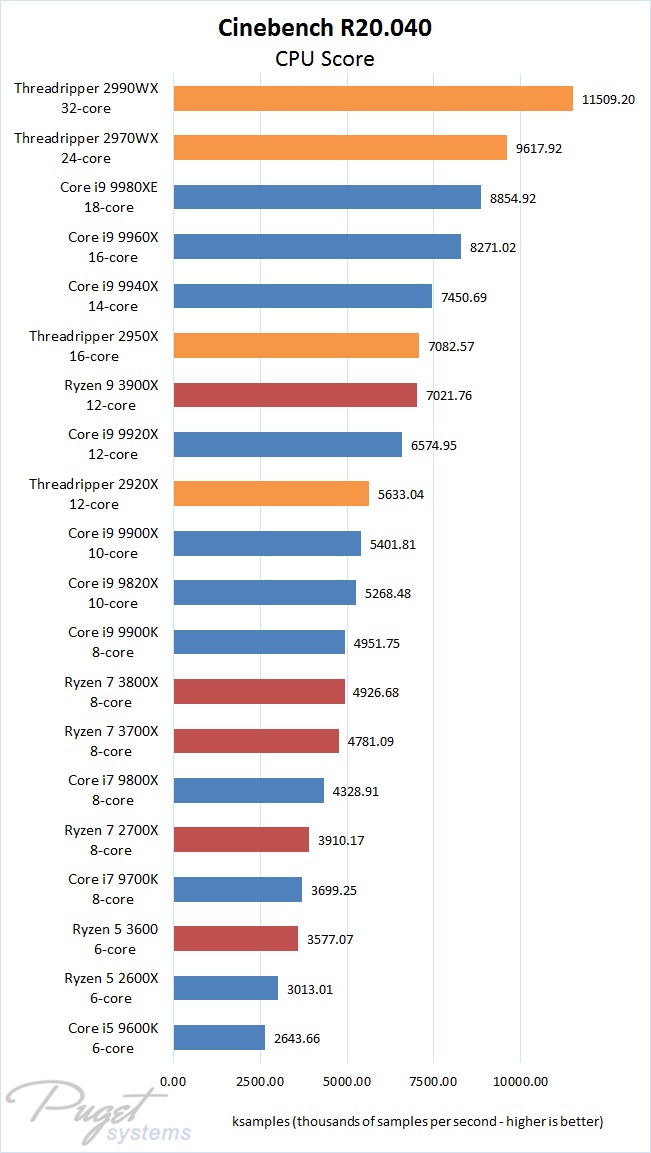 AMD processors excel at rendering, with Threadripper chips taking the top two spots on our chart and the new Ryzen 9 3900X effectively matching the performance of the TR 2950X despite having fewer cores. It also beat out Intel's 12-core i9 9920X, a great testament to how much of a per-core speed boost these new Ryzen 3rd Gen chips have received. Although it wasn't something we tested in this roundup, that per-core performance should mean that the 3900X will do well in less-threaded parts of the Cinema 4D workflow too. 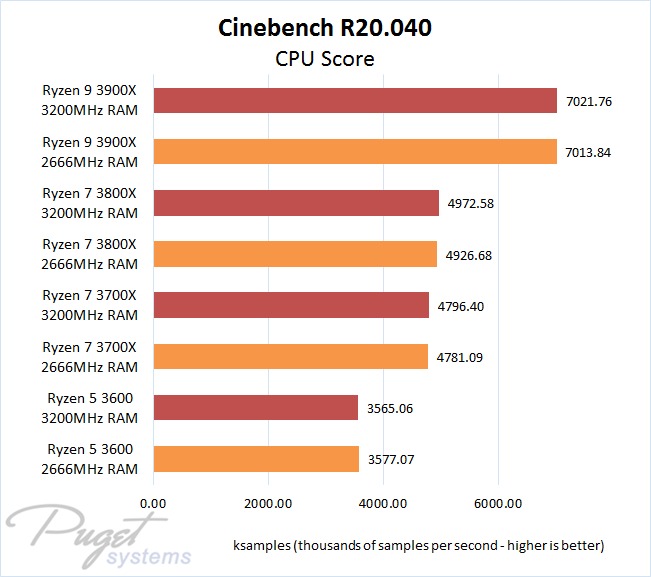 In Cinebench, there is effectively no difference in performance between the two memory speeds we tested at. For each CPU there was less than 1% variance, which is well within the margin of error – so it is probably best to stick with the official AMD supported RAM speed.

With that said, though, there are even faster CPUs available for pure rendering workloads… so if you have the money to spend, a top-end AMD Threadripper will render frames more quickly. Those CPUs also support more PCI-Express lanes and additional slots for memory, allowing for a more robust build all around. However, if modeling and animation are also important to you, the Ryzen 9 3900X and Core i9 9900K provide the best lightly-threaded performance… and the 3900X has the best combination of both.