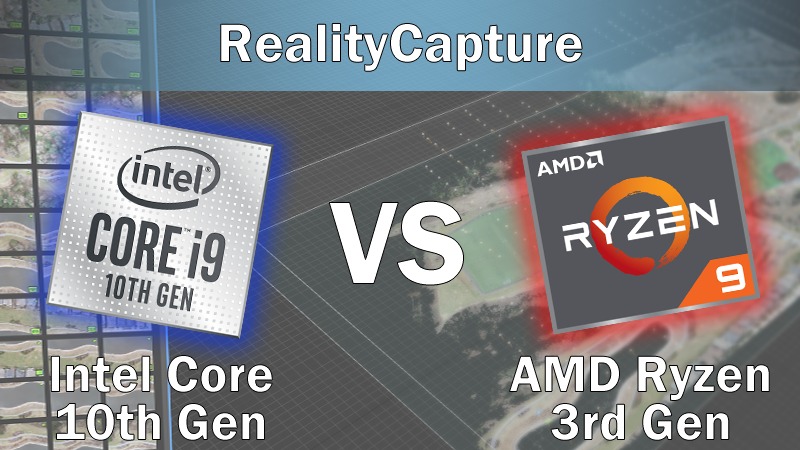 For this article, we are looking at how the new Intel 10th Gen Core processors compare to other currently-available models and the preceding 9th-gen Core series. The focus is on photogrammetry processing in RealityCapture, for which we have developed internal benchmarks here in our lab. More info about those tools and how we use them are available in the Test Methodology section.

One thing that our product development team found in their testing, prior to this round of benchmarks in our lab, was that the pre-launch motherboards we received from Gigabyte (and some other manufacturers) were not defaulting to Intel's specified power limits in the BIOS settings. This is something we've seen in past launches as well, but now that Intel is being more aggressive about adding cores and pushing clock speeds higher we are seeing much higher power draw (and therefore temperatures) than we expect from a processor rated at 125W. In this generation, it has gotten to the point that temps can spike quickly – often getting as high as 100C in a matter of seconds under heavy loads. Because of this, we decided to manually set the PL1 and PL2 power limits in the BIOS. Following Intel's specifications, we used a value of 125W for the PL1 (long term) setting on all three Intel 10th Gen Core CPUs we tested, along with the following PL2 (short term) limits:

Setting these power limits ensures that our Noctua NH-U12S is more than enough to keep these CPUs properly cooled and lines up with our philosophy about prioritizing stability and reliability over raw performance in our workstations. Please note, however, that not all reviewers share this perspective – and some may not even be aware of the issues at all! If you see variances between our benchmark results and those on other websites, different BIOS settings and default behaviors may well be the reason.

For benchmarking photogrammetry applications we now have four image sets that we own the rights to, covering both smaller and larger size Model and Map projects. All of these image sets are available in our public RealityCapture benchmarks, split up to allow quick or extended tests, which you can download and run if you want to compare your system's performance to what we measured for this article. 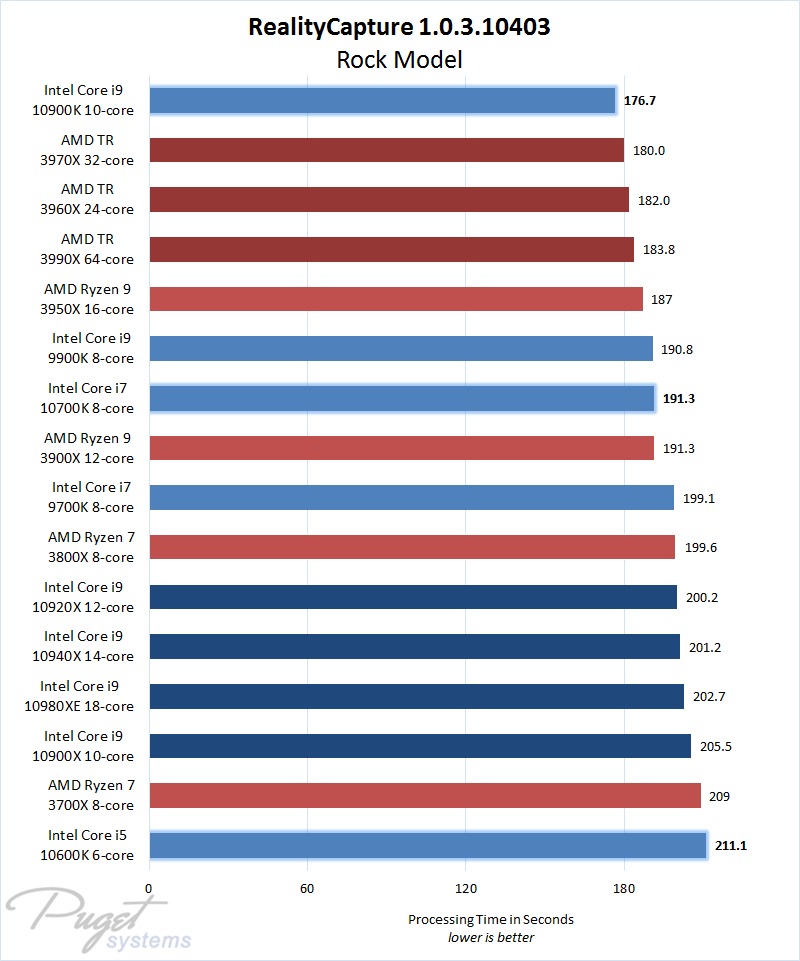 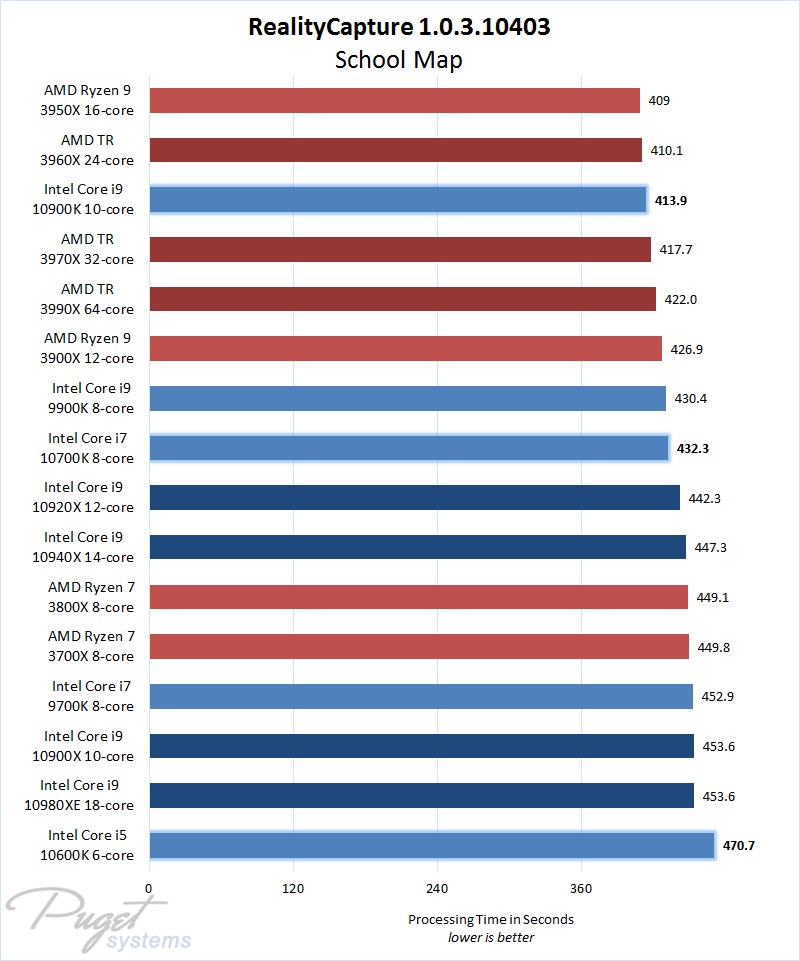 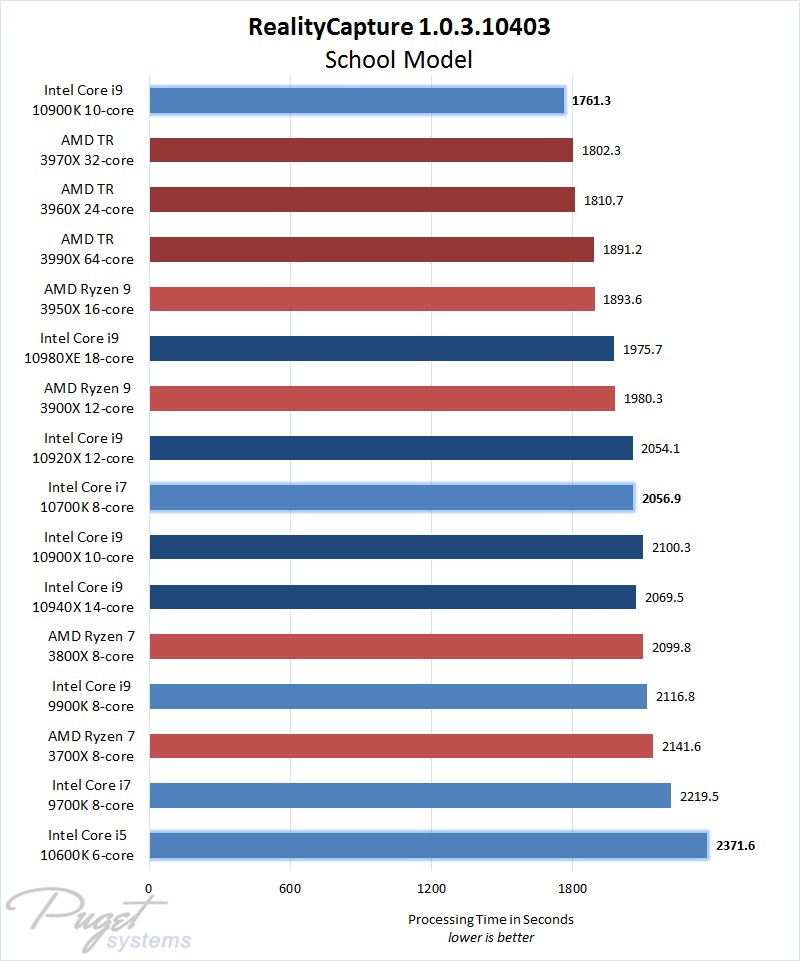 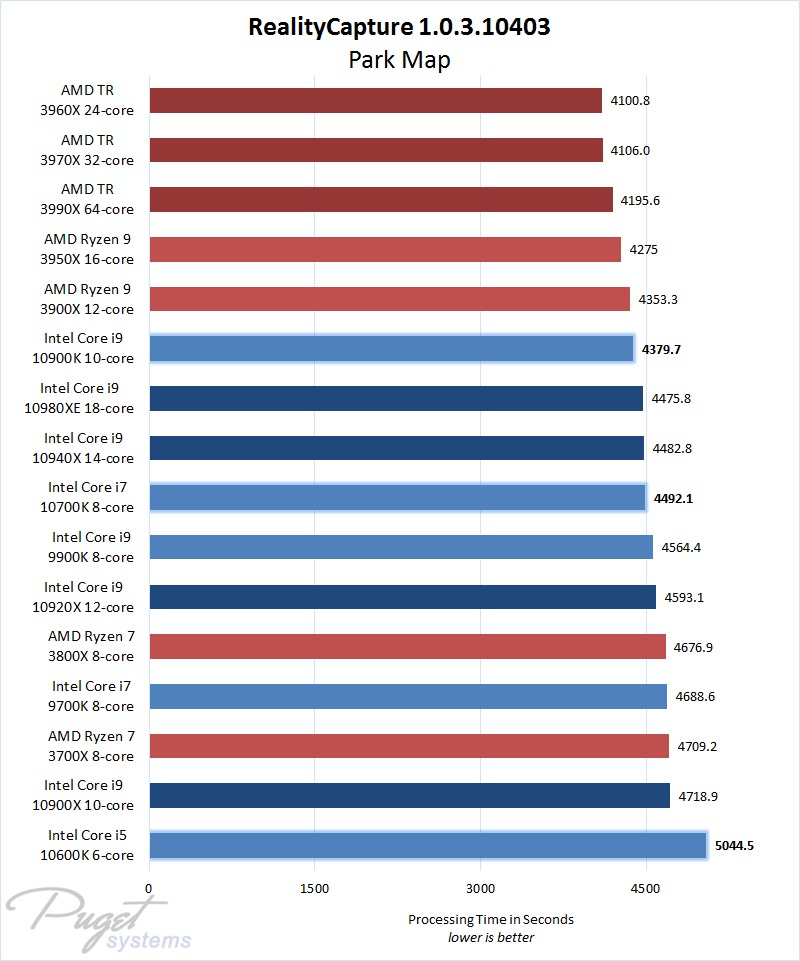 For those who want to dig into the weeds of how these CPUs performed in different processing steps, here is a full table of the results:

Performance in RealityCapture appears to be a very mixed bag, without a clear "best" processor like many other applications have. This is due to at least two factors:

It is apparent that the new Intel Core 10th Gen processors outperform the models they are replacing, which is to be expected, and at their price points, they seem to do better than AMD's Ryzen models – at least when working with the small to mid-size image sets.

What is the biggest takeaway here? Avoid the lower-end models (Ryzen 7 / Core i5) if possible, and skip right over Intel's Core X line.

Intel's new 10th Gen Core processors, in particular the top-end Core i9 10900K, are as fast or faster per dollar than AMD's Ryzen 3rd Gen chips in RealityCapture. Don't focus on that limited comparison too much, though, as there isn't a lot of performance difference between most of the CPUs we have tested in this application – with $400 and $4,000 chips less than 10% apart in processing time.