Skip to content
Always look at the date when you read an article. Some of the content in this article is most likely out of date, as it was written on January 19, 2021. For newer information, see our more recent articles.

How well a video card performs in Unreal Engine really depends on what type of work you are doing. Most users are adopting Unreal Engine into their workflows due to its real-time rendering, especially with ray tracing and global illumination. In these workflows, the AMD Radeon RX 6900 XT falls behind the offerings from NVIDIA.

Both NVIDIA and AMD have released several new GPUs in the final months of 2020, with one of the more recent being the AMD Radeon RX 6900 XT 16GB. This officially launched on December 8th, but due to extremely tight supply, we have not been able to get our hands on one to test until just recently. In fact, we still have not been able to purchase a card ourselves, but our friends at Linus Media Group were able to loan us a card so we could perform our testing.

While gaming is almost always a major focus during these GPU launches, professional applications have been leveraging the power available in these cards to greatly increase performance. Unreal Engine straddles the line between these two use cases, being used for game development to film and visual effects. Unlike some rendering engines that require CUDA, Unreal is more agnostic and even uses Microsoft’s DXR API for its ray tracing, letting us see what AMD’s new ray-tracing capabilities are. 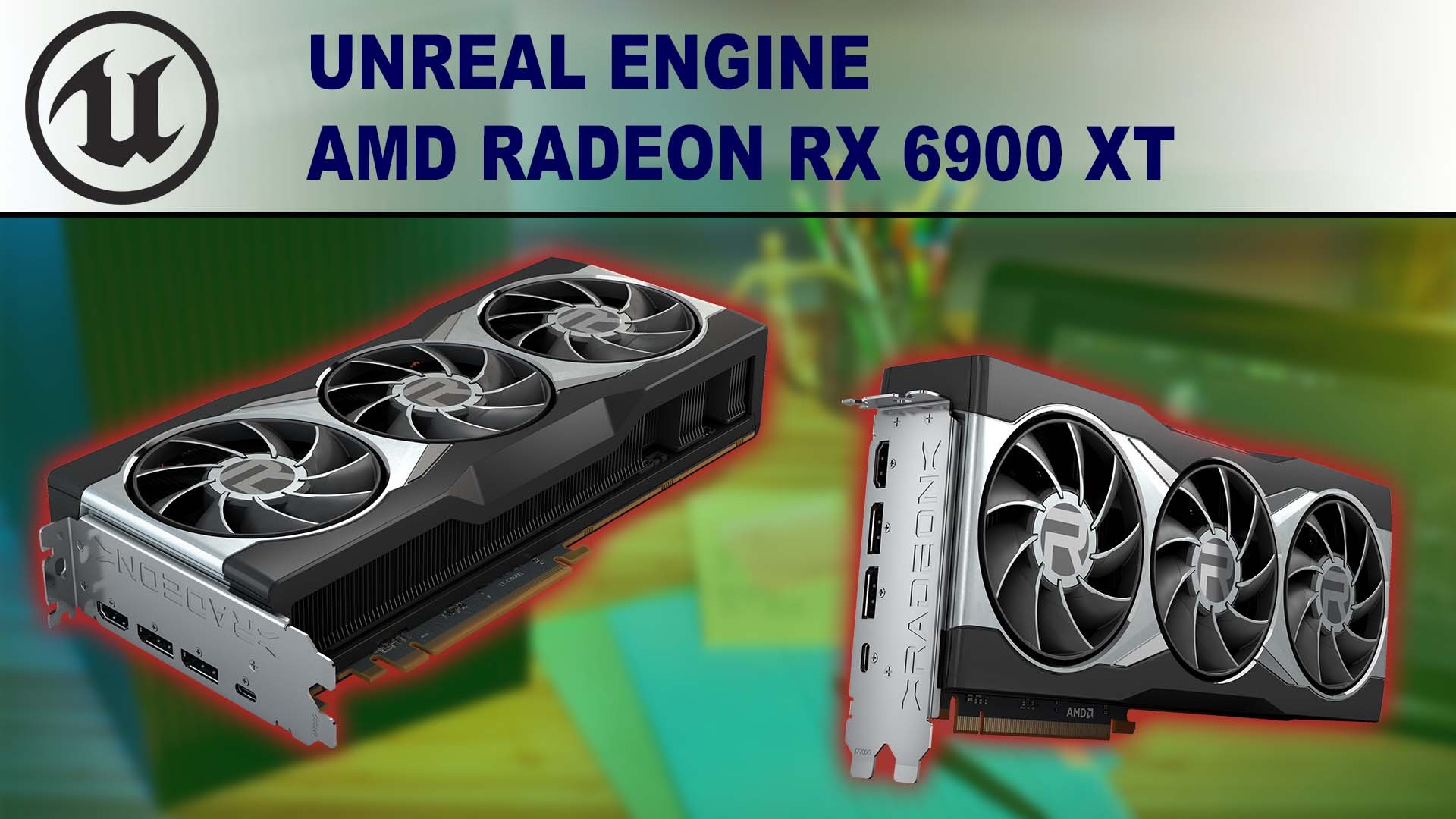 However, something else important to notice is that VRAM’s usefulness in Unreal greatly depends on your particular workflow. Typically things that impact how much VRAM are ray tracing effects, number of textures and their sizes, number of models and their poly counts, particle systems, and the render resolution.

To test each GPU, we will be using the AMD Threadripper 3970X. Due to its speed at compiling shaders, building lighting, etc, Threadripper has become the go-to for Unreal development. 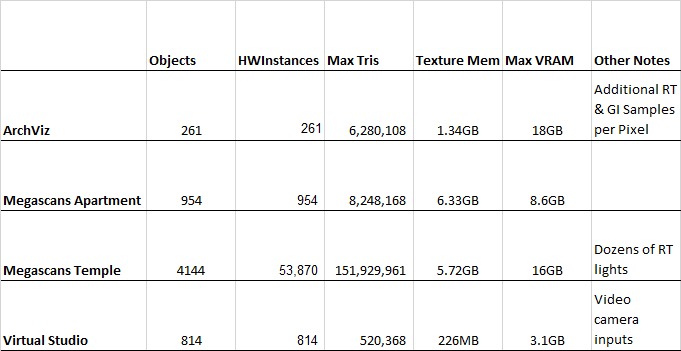 Also of note, none of these tests use Nvidia’s DLSS. We are comparing the raw power of each card.

What we see across all of our test scenes and settings is fairly consistent. There are clearly two different answers to how well the AMD Radeon RX 6900XT performs. In Rasterized workloads, AMD is neck and neck with the more expensive NVIDIA RTX 3090. This is a major step forward for AMD. It has been a long time since they have been this competitive with NVIDIA's top end. 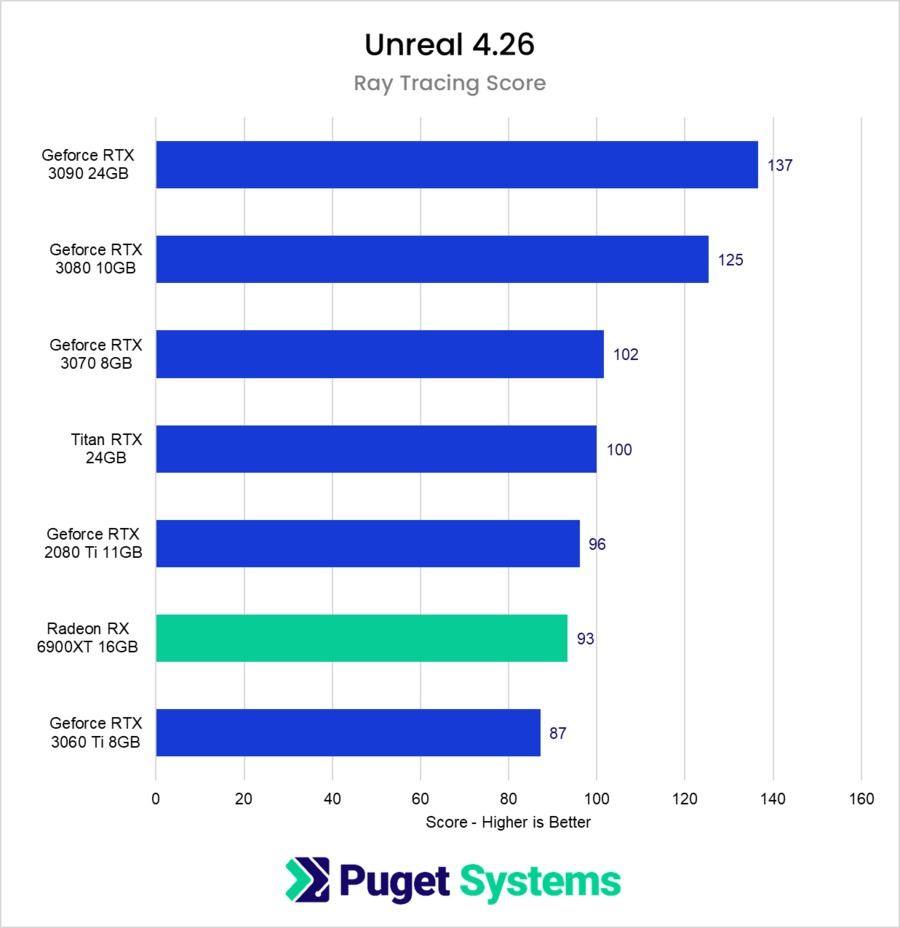 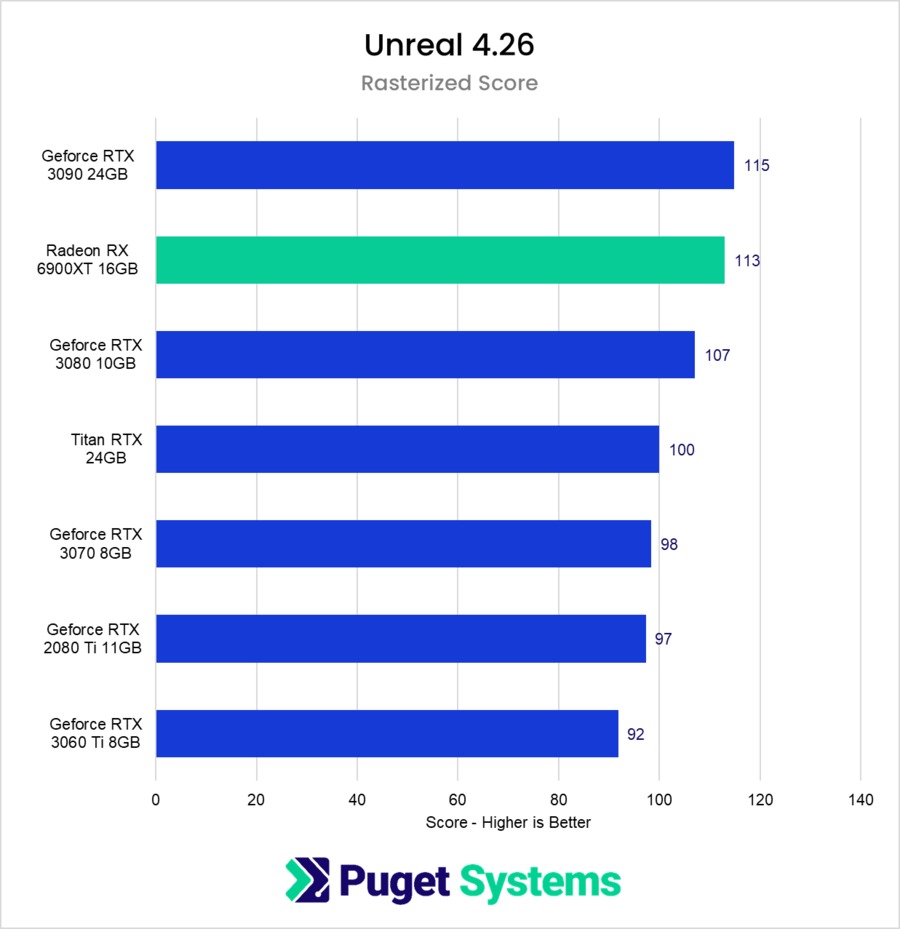 On the other hand, when we look at ray-traced workloads, the 6900XT struggles to keep up. On average it is close to the last generation’s 2080 Ti, however that places it between the RTX 3060 Ti and RTX 3070. Both of which cost significantly less than the Radeon. This is AMD’s first try at ray-traced hardware, so it’s respectable. Hopefully, the next generation will bridge the gap.

This is unfortunate as the Radeon’s 16GB VRAM makes it very appealing to higher-end workloads. In our tests, enabling ray tracing can as much as double the amount of VRAM being used in a scene. We can see this in the ArchViz 4K scene where the Radeon was one of the few that didn’t crash because of running out of memory. However, in every other scene where VRAM isn’t an issue, NVIDIA performed better.

The AMD Radeon RX 6900 XT performed admirably in traditional rasterized workloads. It consistently matched the more expensive NVIDIA RTX 3090. The generous 16GB of VRAM will prove useful to many users that need the extra data.

However, when ray tracing is enabled, the RTX 6900 XT performed poorly. Usually beaten by the NVIDIA RTX 3070, which costs half as much. Professional users that working with ray tracing, even if it is only occasionally, would be better served by the offerings from NVIDIA.

NVIDIA's RTX 3090 is still the top all-around choice for Unreal Engine. If you don’t need the extra VRAM, NVIDIA's 3080 is a strong contender at a very reasonable price point.