‘What’s in a name?’ the bard asked, and it is an apt question for NVIDIA with the launch of the new Titan X. It is the fourth entry in the Titan series, which is itself a subset of the GeForce GTX series of graphics cards. The series thus far runs:

GeForce GTX Titan Z - Two Titan style GPUs, each with their own memory, on a single card

As you can see, there is no real naming trend there: the original Titan, a variant with a color tacked on, and then two with added letters that don’t go in order. But no matter: just as ‘a rose by any other name would smell as sweet’, so the name of these cards isn’t what matters. It is what is ‘under the hood’ that counts, to borrow a metaphor from the automobile industry.

So what is under the hood of the Titan X, and what is it good for? In short, it is NVIDIA’s most powerful GPU in the current Maxwell architecture line - the same underlying design used by the GeForce GTX 900-series cards. This is a distinct design change from the previous three Titans, which were all based on the Kepler architecture. 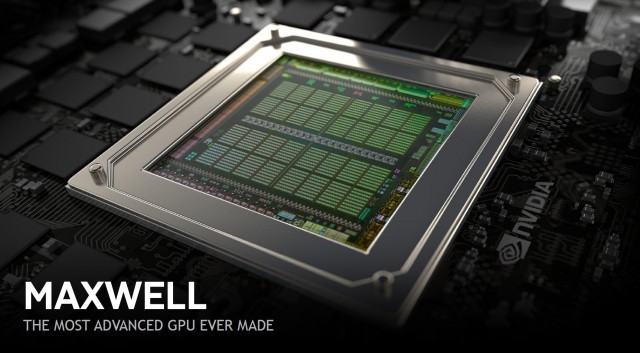 The major improvement in Maxwell is in the area of efficiency, or performance per watt, which is why the Titan X has the same maximum power draw as the Titan Black which it replaces but performs 30-40% better in games and sometimes over twice as fast in single-precision floating point compute tasks. Those two areas are, in fact, the main areas where the Titan X shines - so lets talk a little more about them.

Gaming - The Titan X is the first single-GPU video card that I am comfortable recommending for folks wanting to play at 4K resolution. This is in part due to its increased speed, which gives it a 30-40% frame rate increase compared to the Titan, Titan Black, and GTX 980. The Titan and Titan Black had a nice 6GB of video memory, but the speed just wasn’t there to push average frame rates above 30fps in modern games (at high quality settings).

The GTX 980 and even 970 are potentially viable for 4K gaming if used in pairs (via SLI), but their more limited 4GB of memory could be a handicap there - especially in future titles. The same is true of AMD’s Radeon 290X and 295X2 cards, which usually come equipped with 4GB of memory as well. And finally, the Titan Z with dual GPUs is also an option for 4K gaming - but being a dual GPU card not every game out there will be able to use its full potential, and in games that can’t it would fall behind its newer brother. With a marriage of an extremely high performance GPU plus 12GB of memory for high-res textures and displays the Titan X is the current king of gaming video cards… and if you have money burning a hole in your pocket you could always buy two!

Compute - For many single-precision (FP32) calculations, the Titan X will reign supreme. Between its staggering GPU performance and the massive 12GB of memory it has to work with, the Titan X performs well enough here to rival even NVIDIA’s Tesla line of dedicated GPGPU cards. Dr. Donald Kinghorn, our resident HPC expert here at Puget Systems, has clocked the Titan X at 3.5 TFLOPS!

However, the Titan X has an Achilles heel in this area too: double-precision (FP64) workloads. Traditionally, NVIDIA handicapped GeForce series cards in this area to give their Tesla cards a practical advantage and thus reason to exist - but the earlier Titan cards were an exception to the rule, providing stellar FP64 performance. That is no longer the case with the Titan X, which now has the same limits to double-precision performance that the other GeForce cards do. My understanding is that this is a limitation of the Maxwell architecture as a whole, and part of why it is so much more efficient than the previous GPU designs from NVIDIA. For many people the tradeoff of higher FP32 performance and power efficiency will be just fine, but if you are working with FP64 code then the older Titan Z is still a solid option… or, of course, a Tesla.

Conclusion - The Titan X is definitely not for everyone. Its $1000 price tag alone makes that clear, but it is also overkill for a lot of things. Gaming at 1920x1080 is fine on a GTX 970 even with quality cranked near the max in most games, and while a case could be made for using the Titan X at 2560x1440 I have been very happy with the performance of my GTX 980 at that resolution. If you want to go higher, though, it is definitely the card I would recommend - and it is also a great value (compared to the Tesla cards) for FP32 computational work. We will be getting our first shipment of the Titan X cards very soon, so if you want a system running one you can contact our sales consultants or design one through our website.

If you would like more in-depth information and benchmarks, check out these great articles: