Skip to content
Always look at the date when you read an article. Some of the content in this article is most likely out of date, as it was written on April 10, 2020. For newer information, see our more recent articles.

A new version of Pix4D was released last month, and after testing, we are happy to report that it brings with it a nice performance boost! We have compiled results from six CPUs to show how much of an improvement you can expect when upgrading to Pix4Dmapper 4.5.6. 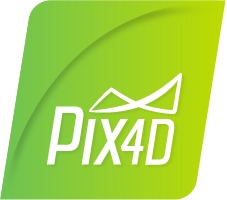 For this article, we are primarily interested in how long processing takes with the new 4.5.6 release of Pix4Dmapper compared to the last major version, which was 4.4.12. One thing worth noting is that our existing project files needed to be updated before they could be used in the latest version of the software, but to be safe we decided to create new projects using the same images and templates as before. Our public benchmark has been updated with those new files as well, and more info about that is available in the Benchmark Details.

For benchmarking photogrammetry applications we have four image sets that we own the rights to, covering both smaller and larger size Model and Map projects. All of these image sets are available in our public Pix4D benchmarks, split up to allow quick or extended testing, which you can download and run if you want to compare your system's performance to what we measured for this article.

Since the new version of Pix4D is no longer compatible with the older project files, we re-created new projects using the same images and template settings as before. That means the version of the benchmark available now will no longer work with Pix4D 4.4.12 or older.

The results are split up into different charts for each image set, and within those, there are two results for each processor. The first, in blue, is the result from Pix4D version 4.4.12 – while the second, in green, is from the new 4.5.6 release. The order has also been sorted based on CPU performance in each image set, from fastest at the top to slowest at the bottom, using the times from the new version. 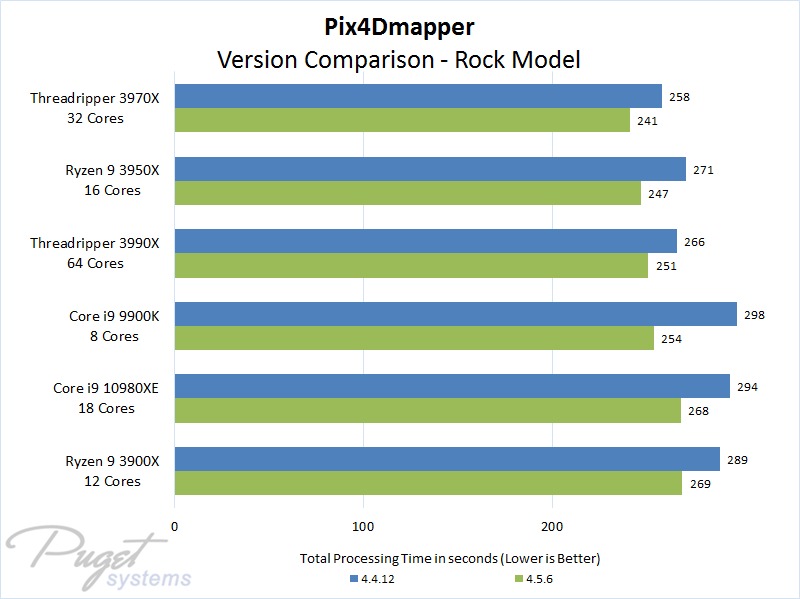 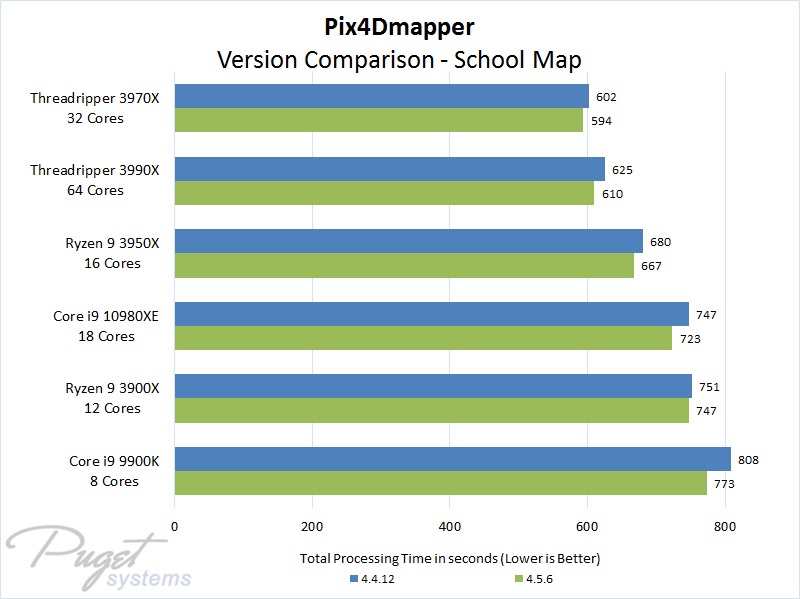 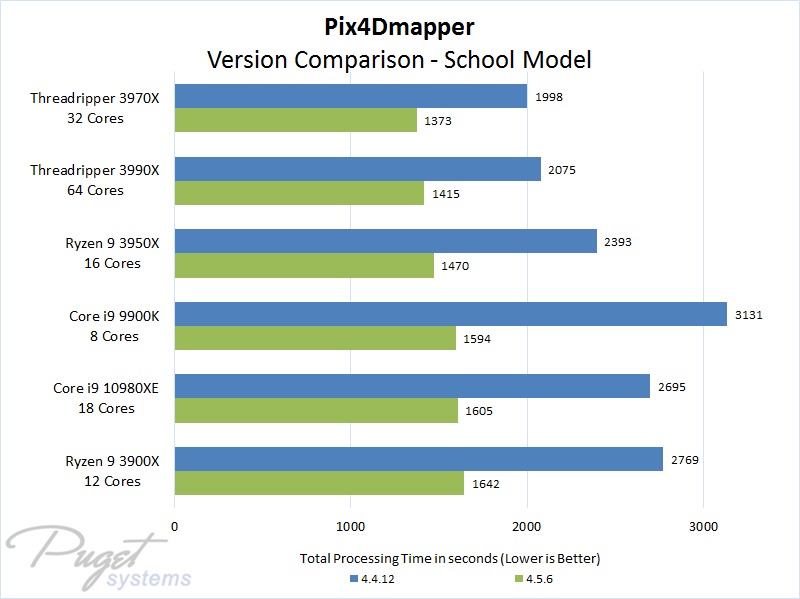 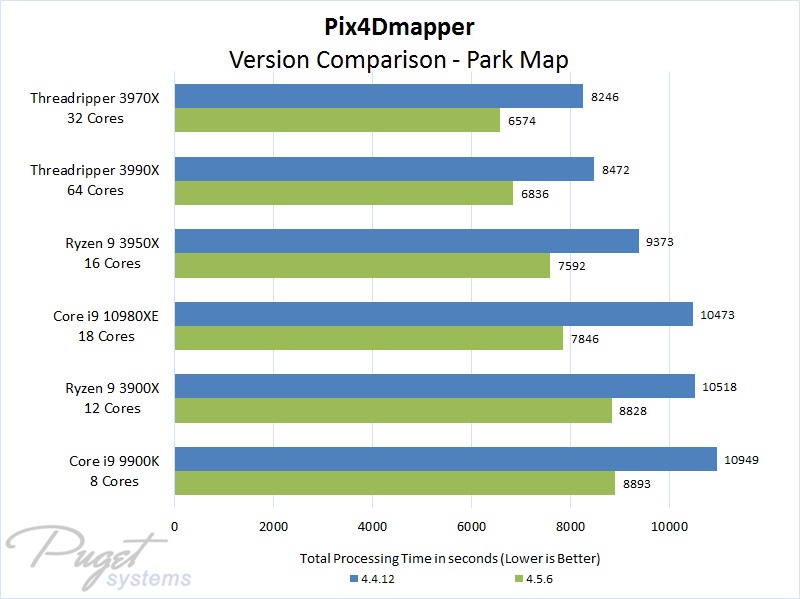 For those who want to dig deeper into how the new version impacted each step of processing, here is a full results table:

The new version of Pix4D is faster in every respect, but the performance increase varies greatly between our four image sets. The School Map project only shaved off 1-5%, while School Model times dropped by 30-50%. A few things appear to be consistent, though:

The performance improvement in the latest version of Pix4Dmapper depends on your image set and the hardware in your system, but based on the testing we did it looks like you can expect anywhere from around 5 to 50% reductions in processing time. Those two ends are extreme outliers, though, and on average the improvement looks to be about 20%. Either way, those are great results!