Written on June 11, 2021 by Kelly Shipman
Share:
Always look at the date when you read a hardware article. Some of the content in this article is most likely out of date, as it was written on June 11, 2021. For newer information, see Redshift - NVIDIA GeForce RTX 3070 Ti & 3080 Ti Performance
Table of Contents

Professional applications such as Maxon’s Redshift scale very well with the number of available CUDA cores and extra VRAM is always useful. On paper, the RTX 3080 Ti is an interesting product for GPU rendering, so let’s see how it performs in the real world. 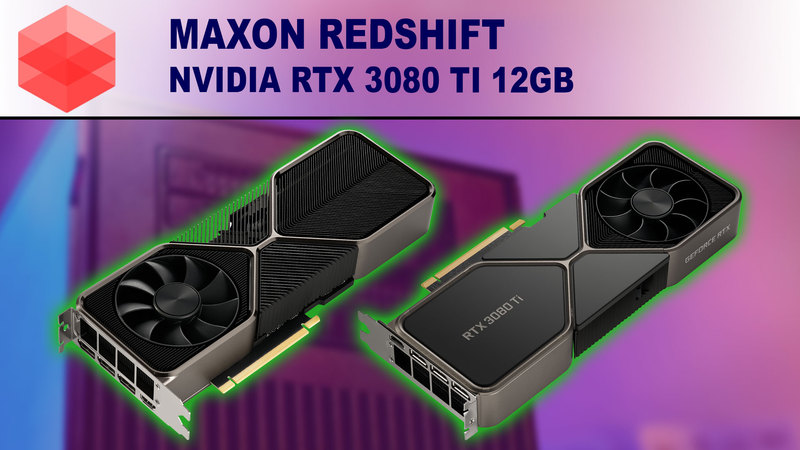 To test each video card, we used Redshift 3.0.33. These tests were run twice on each GPU, with the best result being included in the graphs below. 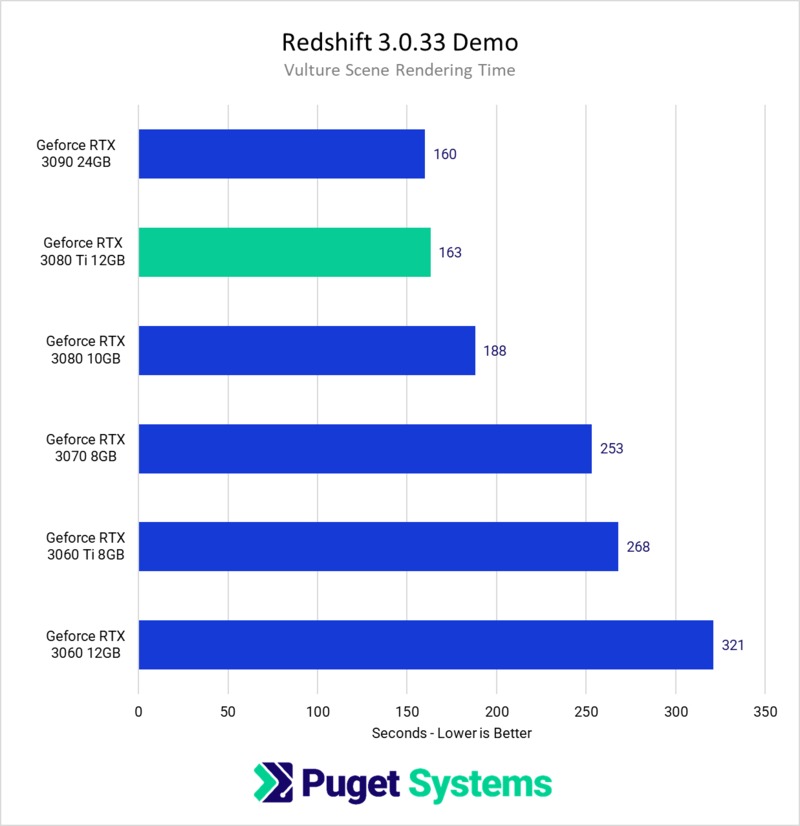 How well does the NVIDIA GeForce RTX 3080 Ti 48GB perform in Redshift?

The RTX 3080 Ti offers nearly identical performance to the RTX 3090 for a lower price, as long as VRAM is not an issue. This makes for interesting options for Redshift users. Those that only need 12GB of VRAM can get similar results to the existing RTX 3090 but at a lower cost. While those that need lots of VRAM have an option that is only a few hundred dollars more. In the previous generation, we saw similar performance and VRAM options with the RTX 2080 TI and RTX Titan, however, in that case, the Titan was more than double the cost of the 2080 Ti.

As always, keep in mind that these results are strictly for Redshift. If you have performance concerns for other applications in your workflow, we highly recommend checking out our Hardware Articles (you can filter by "Video Card") for the latest information on how a range of applications perform with the latest NVIDIA and AMD GPUs, as well as with different CPUs and other hardware.