The team from Puget Systems are excited to announce that we will be on hand at NAB 2022 to meet with studio executives, customers and partners to evaluate their editing, post production and virtual production workflow requirements, and to demonstrate our newest family of Virtual Production workstations specifically designed to exceed the stringent performance requirements of virtual production environments and applications, including Unreal Engine.

Schedule a meeting with us!

Are you attending NAB 2022? Reach out and let us know, we would love to meet with you!

If you'll be at NAB this year in Las Vegas, be sure to swing by our booth and find out why it's so important to have a workstation that is optimized specifically for your workflow and the software you use.

Use the button below to register for a free pass to the Exhibitor Hall!

Be sure not to miss what Vu Studios is doing over in their booths this year! Their demos are being powered by Puget Systems workstations!

Head on over to Maxon's booth to see our workstations in action! Use the link below to learn more about what Maxon will be doing at their booth.

Check out our workstations in the Adobe booth, powering demos showcasing

We'll be sponsoring this year's MMB Meetup, and will be there to talk about all things workstation and workflow...and maybe just a little about beer! 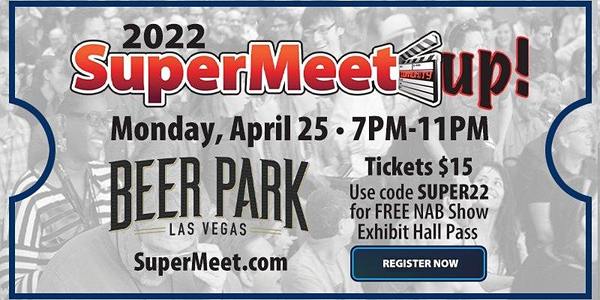 We'll be sponsoring this year's NAB SuperMeetUp! We're looking forward to meeting with everyone there!

We're teaming up with School of Motion to host an awesome meetup during NAB this year. Come hang out with us and talk motion graphics, computer hardware and/or beer! Sign up with the button below!