The upcoming 2019 version of OctaneRender is adding support for the dedicated ray-tracing hardware in NVIDIA's RTX series of video cards, and a preview of the OctaneBench tool was released recently to show a sneak peek at what we can expect from this technology. We rounded up the whole GeForce RTX card line – along with the Titan RTX – to see how they compare to each other and how much of a boost RTX tech can provide. Please keep in mind that this is a preview, selected to show off RTX technology, and results may vary. 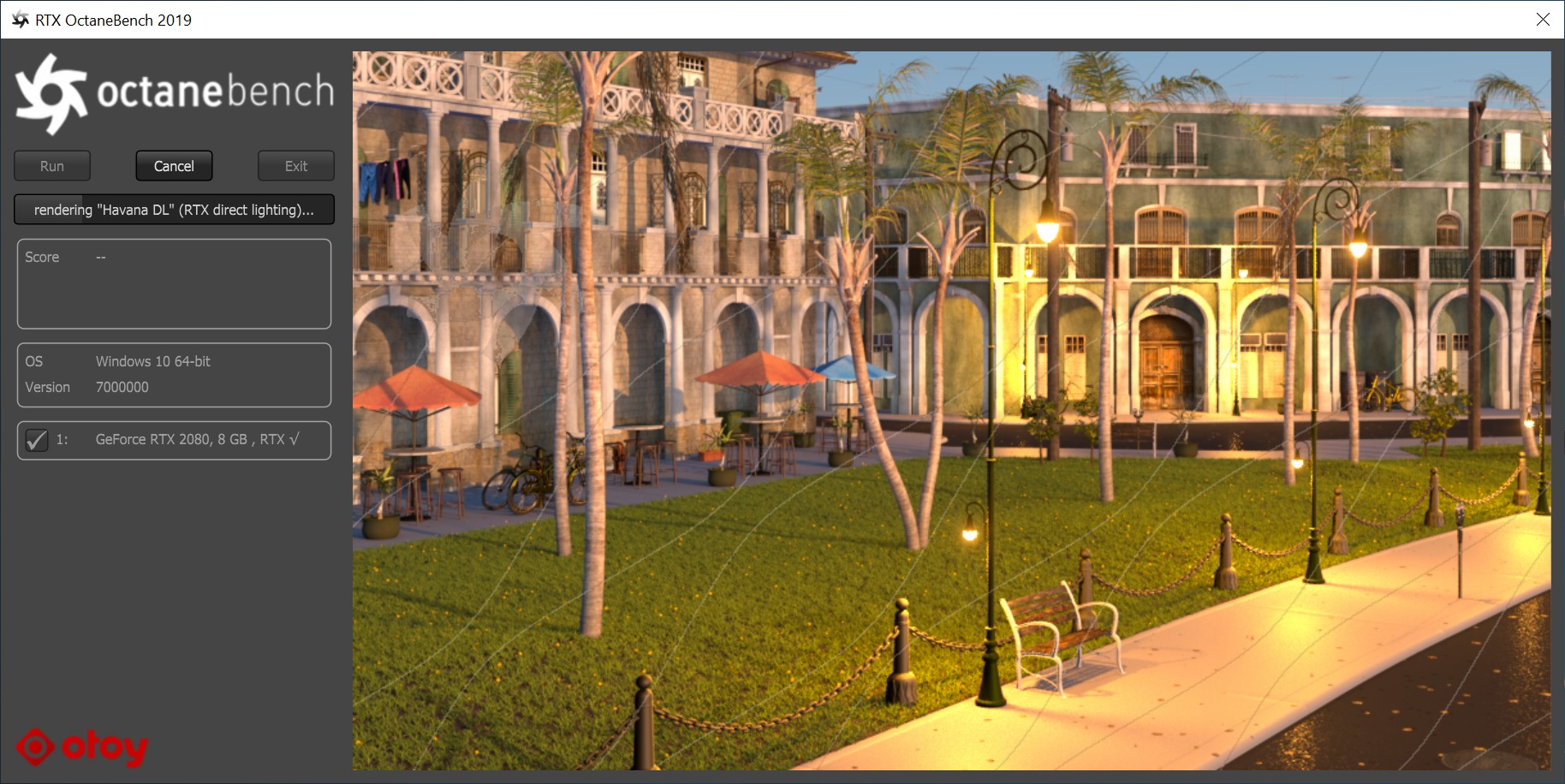 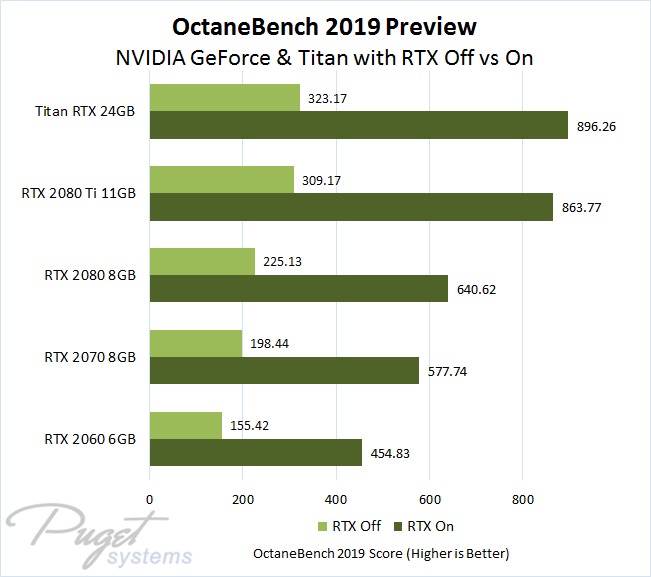 The relative performance of these cards to each other should be no surprise, so the big takeaway here is the massive improvement that RTX technology brings. On average, these cards were 185% faster with RTX enabled! To look at that another way, rendering the scene used in this benchmark with RTX on took only 35% of the time that it did with RTX turned off. That is a huge boost, only available on RTX GPUs, though it is worth noting that OTOY has said this is a best-case example of RTX's capabilities. Right now it sounds like the speed-up this tech provides depends heavily on the scene itself, with the potential for much smaller increases in other situations.

Another factor worth noting is the difference in onboard memory between these cards. In particular, the GeForce RTX 2080 Ti is only about 5% slower than the Titan RTX in OctaneRender, while costing half as much, but it also has less than half the memory of the Titan. That makes the 2080 Ti a great value for most folks, but if you need more room for your scene data then the Titan RTX with 24GB or potentially even a Quadro RTX 8000 with 48GB of VRAM is worth considering. On the other hand, for smaller projects, multiple lower-cost GeForce cards will outperform a single RTX 2080 Ti or Titan RTX if graphics memory capacity is not a big concern.

What Is the Best GeForce Card for OctaneRender 2019?

While the Titan RTX is currently the fastest GPU for OctaneRender 2019, its use in multi-GPU systems is limited by its cooling layout. For just one or maybe two cards, in a chassis with very good airflow, it is the top dog… but for folks wanting to build a system with three or four cards the GeForce RTX 2080 Ti with a rear-exhaust style cooler will pump out better performance thanks to the ability to stack closer together without overheating. If your scenes require more than the 2080 Ti's 11GB of VRAM, consider a Quadro RTX instead.