The new Intel Rocket Lake CPUs have been officially released. There were numerous posts and reviews before the official release date of March 30 2021, but I haven't seen anything about the numerical compute performance. I've had access to a Core-i9 11900KF 8-core CPU and have compared it with (my own) AMD 5800X system.

I'm not completely sure what to make of Rocket-Lake. It is a departure from the usual Core-i processors in that it has newer features found on recent Intel Xeon processors. Rocket Lake looks more like Core-X. It has AVX512 and DL-boost. (see the lscpu flags output below)

Here are some of the more interesting new features from a compute perspective.

I would have liked to have used more test systems but these are what I had available. I will include some older results in the charts for comparison.

I would have much preferred DDR4 3200 memory for the AMD system but this is what I had available. This is my personal AMD Zen3 development/test system.

…Make comparative judgments with caution! (there are older results for comparison that use older libraries and software versions.)

The bar colors in the charts that follow are blue for older results and green for new results to be consistent with other posts by my colleagues at Puget Systems on Rocket Lake.

HPL Linpack is a good measure of raw floating point compute performance and can make good use of vector units (AVX). It is the standard performance ranking benchmark for the Top500 Supercomputer List. 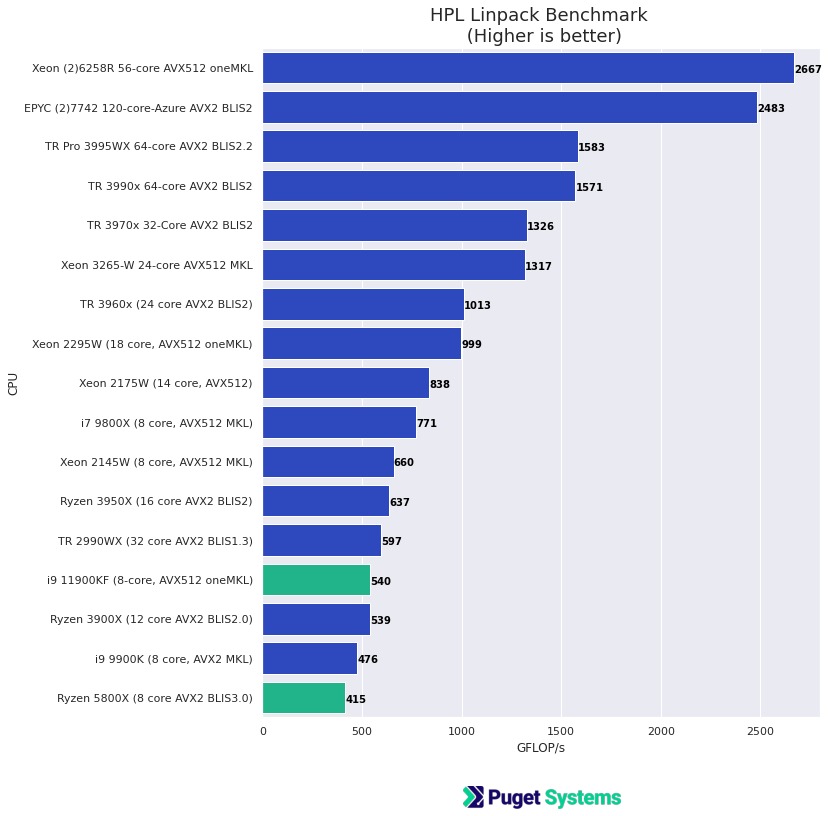 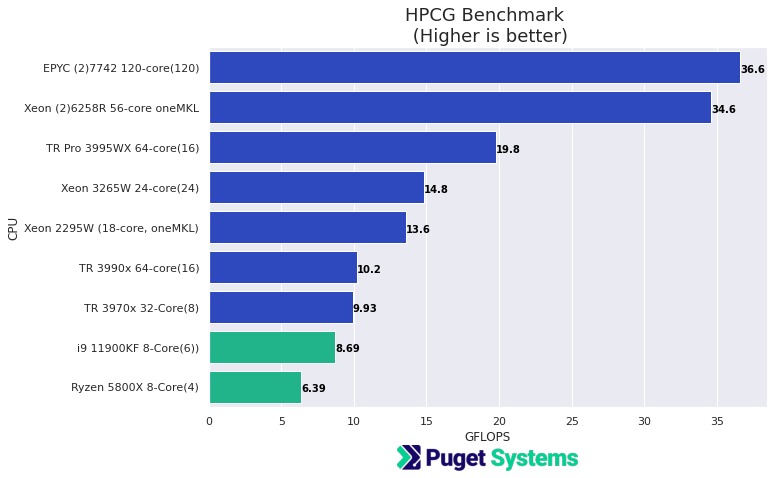 NAMD has very good GPU acceleration! The charts below are CPU only, using NAMD simply as a comparative benchmark. In the "real-world" you would usually want to include one or two GPUs. 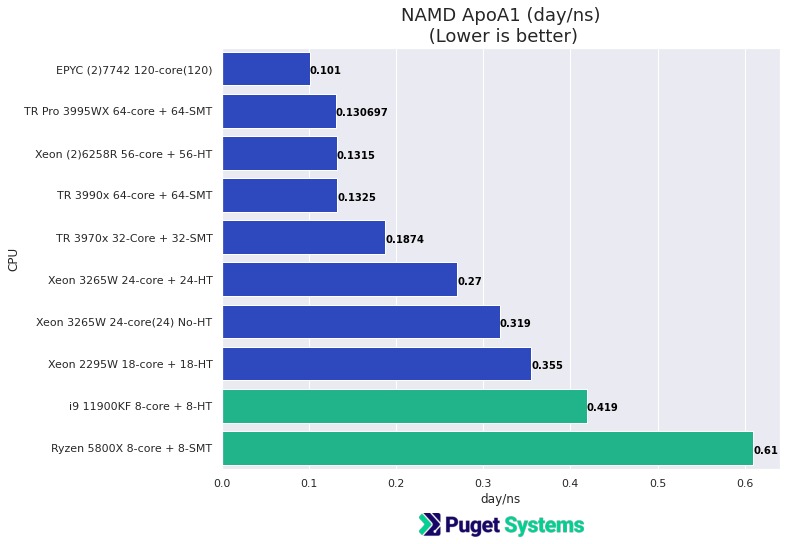 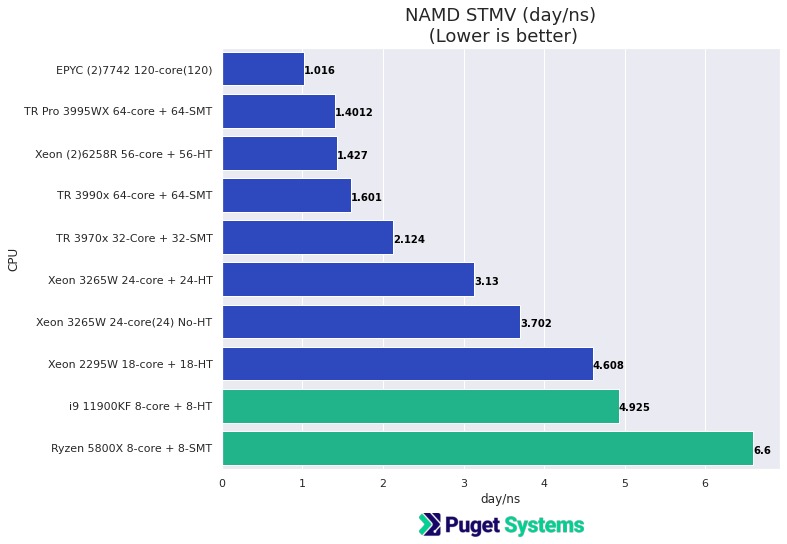 I have been doing testing with Python Numpy recently mostly because of the on-going issues between Intel and AMD for code optimizations for applications linked with Intel MKL library. In the past MKL would choose a non-optimal code path for AMD processors leading to poor performance. This has changed recently! And, the testing I did on i9-11900KF had an interesting twist. The performance of the i9-11900KF appears to have followed a non-optimal code path when I tested it with OpenBLAS! The result is very similar that what I used to see for AMD CPUs with MKL.

I am not presenting complete testing for numpy here. I just wanted to share this interesting and somewhat amusing result.

You can see two very notable things in those results.

These results could be due to the newness of Rocket Lake?? It is notable and commendable that Intel oneMKL gave good performance on the Ryzen 5800X. (Thank you for doing that Intel!)

To put the above results in perspective have a look at a post I wrote in November of 2019,

The python code for that test is very simple. If you would like to try this yourself on your system,

The Intel Core i9 11900KF is considerably different architecture than previous Core series processors and the first Core desktop processor to include AVX512. However, where I would have thought that AVX512 would have had a large impact (HPL) it performed poorly compared to Xeon and Core-X family of processors.

I did not test any of the interesting new features like DL-Boost (16-bit floating point with AVX512 vectorization) or the new Xe-LP graphics. The testing in this post was just my "standard" CPU compute performance testing.

The i9-11900KF is certainly a good processor but given the closeness of the price to the AMD Ryzen 12-core 5900X. I would expect the 50% additional cores of 5900X to mostly outperform it.

I did not get an opportunity to compare other CPUs in the new Rocket Lake release (or other AMD CPUs). From what I have seen elsewhere it looks like the i7-11700K is likely a better value than the i9 version.

The overall platform for Rocket Lake is a significant step forward for Intel with the inclusion of PCIe v4 and is just a slight teaser of more formidable processors that should emerge from Intel later this year.