Any modern video card will speed up processing in this application to some degree, but NVIDIA's GeForce RTX 30 Series cards are clearly faster than AMD's Radeon RTX 6000 Series in Metashape 1.6.5. The bigger the project is, the more this difference will be noticeable. And importantly, dual GeForce cards can offer even better performance than a lone card for less money.

Both NVIDIA and AMD launched new lines of video cards in late 2020, and the various models from both companies have trickled out over time since the original announcements. We have finally gotten samples of the most recently released models, the GeForce RTX 3060 Ti and Radeon RX 6900 XT, so this is a great time for a round-up of modern GPU performance in Agisoft Metashape. 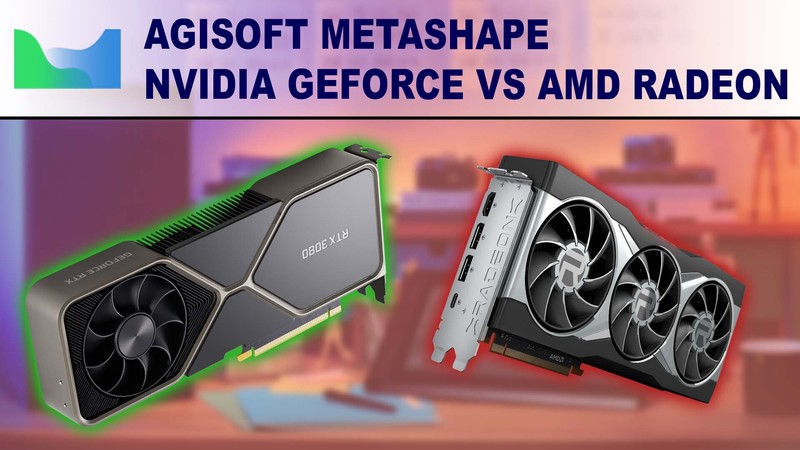 If you want to see the full specifications for these new video cards, we recommend checking out the AMD and NVIDIA product pages. But at a glance, here are what we consider to be the most important specs:

While specs rarely line up with real-world performance, it is nice to see AMD including 16GB of VRAM on their new Radeon 6000 Series cards. However, based on our past testing, this really shouldn't affect Metashape performance in any meaningful way.

* Please note that we ran AMD's Ryzen 9 5950X processor at stock settings for this testing, but we have found that even better performance is available from this CPU (and other high core count models) by turning off SMT.

Special thanks to our friends at Linus Media Group for loaning us their Radeon RX 6900 XT recently, and Brian Stroh at BPS Customs for letting us borrow the Radeon RX 6800 and 6800 XT a couple months ago!

The overall spread in our smaller Metashape image sets isn't huge, with no more than a few percent variance there between all seven cards we tested, but if you are working with larger projects (hundreds of images or more) then the differences between GPUs become very pronounced. And the delta isn't so much between models within the same product family, though that is measurable, but rather between AMD's Radeon RX 6000 line and NVIDIA's GeForce RTX 30 Series. In both of our larger image sets, the AMD cards were 50-70% slower than their NVIDIA counterparts - which is a massive drop in performance, unfortunately.

But where is such a big difference coming from? To answer that, we have to look at the how these cards fare in each processing step: 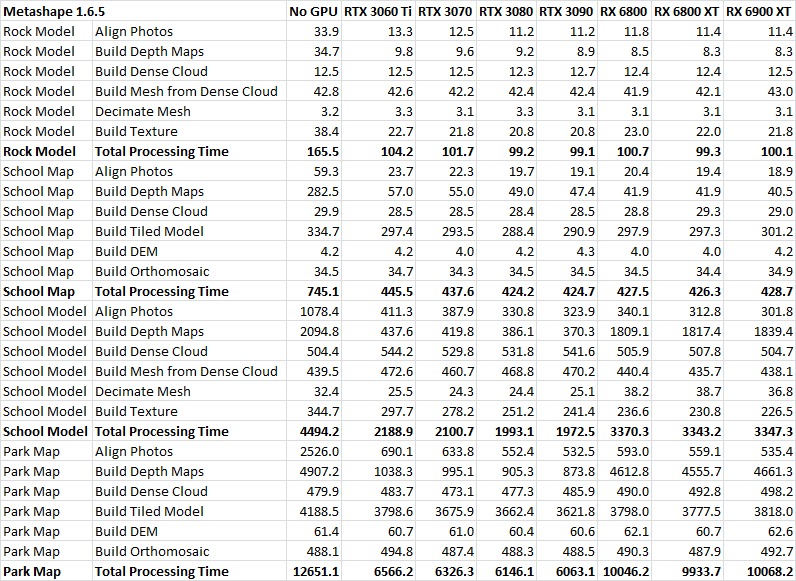 Pouring over the table above provides a few interesting insights:

Here is a chart showing processing time for that Build Depth Maps step on the Park Map project, to help visualize this difference: 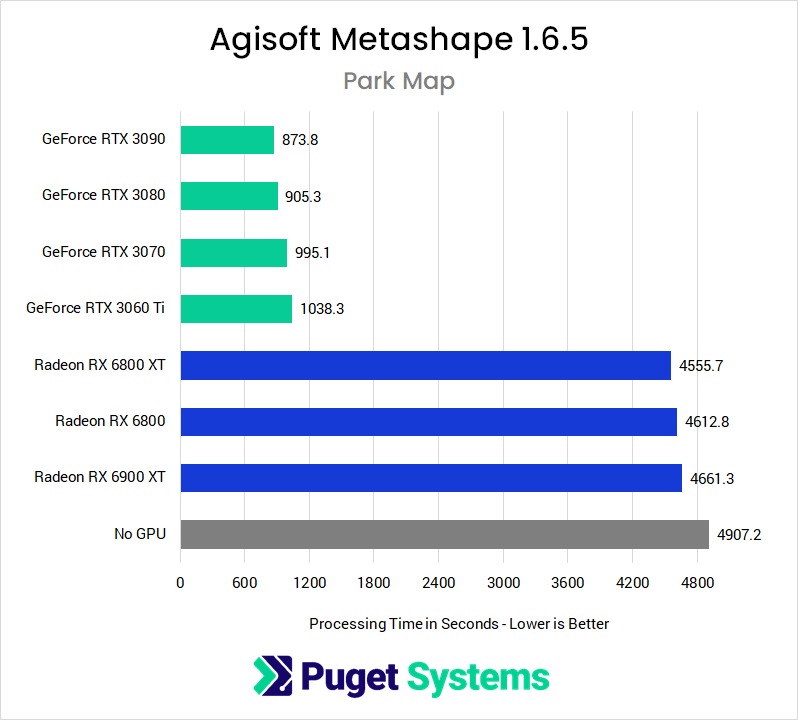 Yes - all of the GeForce RTX 30 Series cards do quite well in Metashape, and there isn't a huge performance spread so even the more afforable RTX 3070 and 3060 Ti are solid choices for this application. Moreover, we have found that pairing up two of these cards increases processing speed even further, by 5-10%, such that dual RTX 3070 cards will outperform a single RTX 3090 for less money!

Unfortunately, no - at least as of version 1.6.5, these new AMD Radeon cards are not able to keep up with NVIDIA's competing GeForce RTX 30 Series video cards in Metashape. Better optimization of Metashape for AMD cards, especially in the Build Depth Maps step, might be able to improve their performance in the future - but for now we would recommend sticking with NVIDIA for this application.